You are the air traffic controller of your mental airport. You control the planes that enter and takeoff. Some people want to unload their toxic baggage at your terminal…they are like termites to oak trees. You deserve sunshine, laughter, and the divine assurance that there is a grand plan leading you forward. You select the […]

Brad Gilbert was commenting today at The US Open. He referenced a player having a tough patch by saying…’he is in a spot of bother.’ It made me consider the spots of bother that come streaming into my life each day. Do I catastrophize them (all too often) or realize they are inevitable…can I take […]

Rob Mendez is a successful high school football coach and the 2019 recipient of The Jimmy V Award for perseverance. Just a guess but I’m thinking he is not too accepting of excuses from his student athletes. He proves that most all of our trials are mere trifles indeed. Being born without arms or legs could […]

Josh Rosen is the quarterback for The Buffalo Bills. His high school coach trained the players to incorporate a three letter acronym when adversity came their way. APO. Adjust…Persevere…Overcome. Love it! One of the greatest practitioners of APO is Conner Stroud who is one of the top wheelchair tennis players in the world.

Wise is the one who consciously and consistently fills a YES reservoir of efficacy affirming self statements. ‘Yes, I can do this…Yes, My effort matters more than the outcome…Yes, I deserve this.” Imagine if your internal reservoir had been filled…drop by positive drop, since the day you were born. There’d be no telling the life […]

It is rumored that Drew Goodman…the television voice of The Colorado Rockies baseball club will be leaving his position May 1st.. Those in the know say he’s accepted a job in southern Florida broadcasting senior lawn bowling competition. Who could blame him? At least he’ll witness some scoring and competitive games.

$300 million dollar sports contracts are becoming the new normal. Maybe we should apportion 20 per cent of every athlete’s salary over $25 million and gift it to a fund for first responder’s families who’ve lost a loved one. Or 30% if a hitter in baseball can’t break .275 or an NBA player averages a […]

If you want to know the truth, no one really wants to hear about the various ailments you feel compelled to complain about. They’d prefer that you just zip it and make the best of it.

Been there a hundred times or more It seemed that all was lost Despair like a blanket could barely get the feet to the floor Just know that you’re never forgotten You live in my heart every day We love you as big as the solar system and with God there’s always a way. […]

Wowser…Gladys Knight gave a splendiferous/memorable performance of The National Anthem before The Super Bowl yesterday! Most people believe the game was a ‘yawner’ with about as much excitement as a segment of The  TV show Jeopardy and that the halftime entertainment with Maroon 5 and friends was absolutely forgettable. Thank goodness for Gladys Knight! 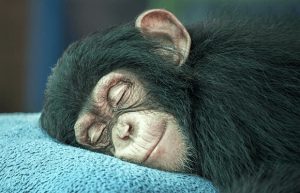 ‘Ok…you have sixty pairs of shoes, a new car every year…and a second home in Boca. What is it that prevents you from sleeping as soundly as I do?’

Sally and a very young cowboy were watching a men’s doubles match from Australia as nearly a half a foot of snow descended on Denver. We are often amused at some of the expressions used by the commentators. This one was a ‘never heard before’ one. ‘They must have been in a ‘spot of bother’ in […]

Christmas. Another time of the year when people get so overloaded by their to do lists that the joy of the season goes out the window. Maybe it’s time to take a deep breath…exhale slowly, and let go of the musts and become grounded again.

Peter McWilliams wrote a terrific little book entitled ‘You can’t afford the luxury of a negative thought.’ It made a very young cowboy consider that this pertains to thoughts about: your neighbors, Father Time, a below average day on the courts or links, the weather, gridlock in Washinton…or on the highway, chronic aches and pains, […]

Obama couldn’t do it…Trump and Pelosi certainly won’t do it. Maybe someone in 2020 will…Make America One Again.

It occurred to a very young cowboy whilst in the shower today, that The Creator has given birds an incredible gift…the ability to sing to their heart’s content. The thought spurred me to consider how us humans would use this same gift had it been presented to us. Then it hit me. We do have […]

‘Winning is not the 99% of preparation;  winning is that extra 1% that it takes to be better than everyone else.’ Rose Long Winner of The Collegiate Cycling National Criterium after recovering from a devastating collision with an SUV where she suffered a collapsed lung, a serious brain injury, and broke most of the bones […]

You’re only here for a short visit. Don’t hurry, don’t worry. And be sure to smell the flowers along the way. Walter Hagen

An old gentleman I met on the river had some wise words for the cowboy. The sage said…’you know that challenges are inevitable and will stream into your life most days…maybe the river was given to you as a gift. For as surely as the water flows under the bridge, just as surely shall your […]